The team is composed of roughly seven people now (developers and designers), and, as it has grown, we have been trying things to find a good workflow that allows us to be productive while staying on top of the changes made to the code by coworkers.

This post is about our needs and the development/release workflow we have arrived at to address them.

Creating a workflow that suits you 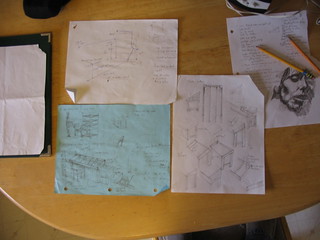 Figuring out a workflow

First of all, I should say that not every workflow will match every team. The workflow we use won’t suit most teams, but it will probably suit many, which is why I’m writing this post. Depending on the way your team does things, you may find that there are some elements in our workflow that you like, or you may find that you do things completely differently.

Both are perfectly fine, the way a team works should match what they feel comfortable doing and the nature of the product itself. For example, since our product is high-risk, we can’t afford a very rapid release cycle (multiple times a day), so we push to production once every week or so. Your mileage will vary.

When starting to create your workflow, you should think about and enumerate your needs. These will be roughly what every other team has (most people have to write code and make sure it somehow gets to people), but there will be intricacies that are specific to you. Those are what you should focus on to come up with a system that works well for you.

In our case, some of our needs were:

Our workflow kept evolving from a team of two people up to now, so we went through various stages of things that “worked for us” to arrive to the current “thing that works for us”.

The workflow we’re currently using is mainly based on git-flow, with some ancillary changes that were dictated by the tools we use (mainly Atlassian Stash). As I mentined earlier, our product needs to be thoroughly vetted before going to production, so we have a QA team testing release branches before finally pushing to production. We would like to use something like GitHub Flow, but it’s not a good fit yet.

What will typically happen for a bug or feature request is:

Since we want developers to have visibility into code changes, we require some number of developers to have approved a pull request before it can be merged. The value of this depends on the number of people working in the team and what you want to accomplish, so it may be anywhere from “0” to “everyone”. We only require one developer, but usually a minimum of two or three at least take a look at the proposed changes.

This lets everyone be aware of what everyone else is working on in real-time, and also gives developers the confidence that what they are working on will work properly with parts of the code they don’t know as well, by allowing people to comment (or by requesting comments). It has worked very well for us, and I would personally recommend it. 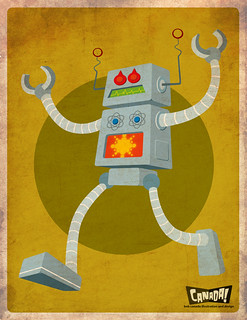 Automated code testing is good for everyone.
Almost.

As I have written before, we also perform automated code checks. Apart from running our tests in Jenkins (and locally), we also run static code checks (which are much faster) on every commit, and have configured the server to not accept broken commits by using git’s pre-receive hooks. Pre-receive hooks take place on the server and aren’t perfect, though, as they usually require commits that fix the previous errors, and are a bit spammy in the commit log.

For that reason, we have also implemented local pre-commit hooks on each of our development machines (and usually our editors have some plugin to do the same, I use syntastic for vim). This lets us catch typos and other errors like that before committing, as git won’t accept the commit if there are any syntax errors at all in the code.

This is a very powerful way of catching errors, and it’s so easy to set up and maintain that I would suggest that everyone have some variant of this. It only adds around a second to commit times (but it depends on your codebase), so it’s a very quick way to ensure that no errors have slipped by you.

This post was a short introduction to a development workflow that I have personally had a good experience with. I would love to hear about the workflows you use and would recommend (or would not recommend, for whatever reason). If you have anything you want to say about how you or your team work, please leave a comment below, send me an email or tweet at me. Thanks!